Setting up git on Windows and Ubuntu linux

DevOps engineers who not only code but also take care of cofigurations know that system administration is little more painful than developing. I remember configuring an ASP.NET MVC 5 website on a Google compute engine instance running Windows server 2012 R2.

To avoid such pain, I prefer using check-lists and cheatsheets. One can refer back to them for later use.

This posts is a very short and intuitive guide for installing git on Windows 10 and Ubuntu linux.

Yes, it’s in the direction of what I need to do later!

Btw, Ionic can be controlled from a CLI on Windows. and there are 2 options to use from:

Setting up git (and ignoring Console2) on Windows 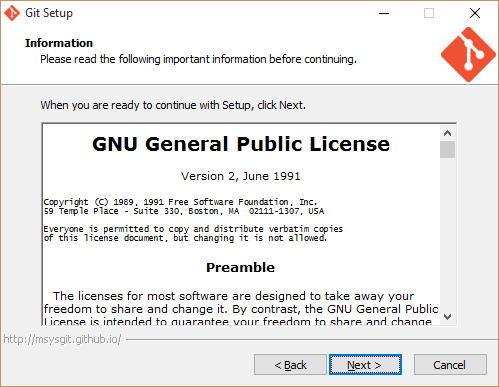 On the 3rd screen it asks whether the icons for launching points such as desktop shortcut and quick launch be provided or not. 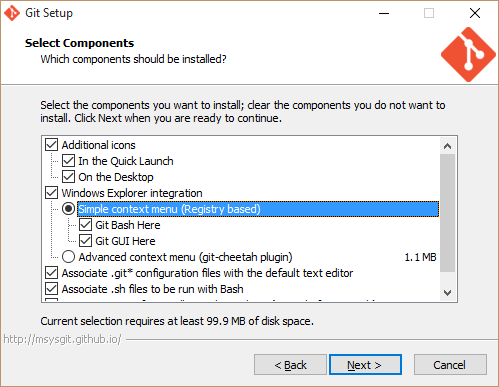 In case of pre-configured contextualization, a warning will be shown: 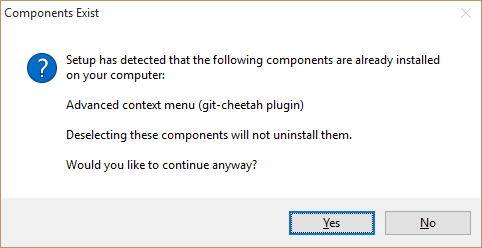 As a windows user, it’s reasonable to use git from window’s command prompt. 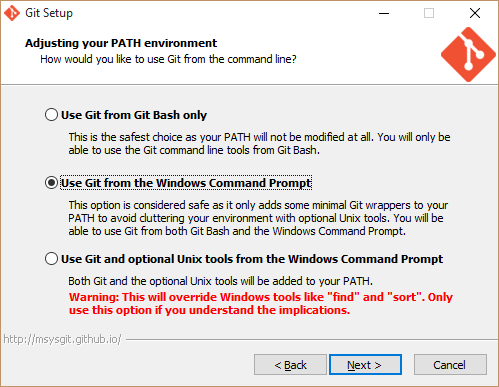 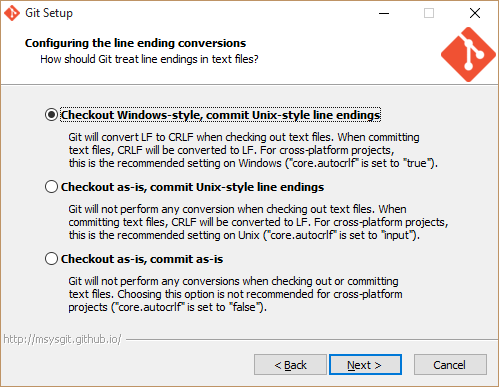 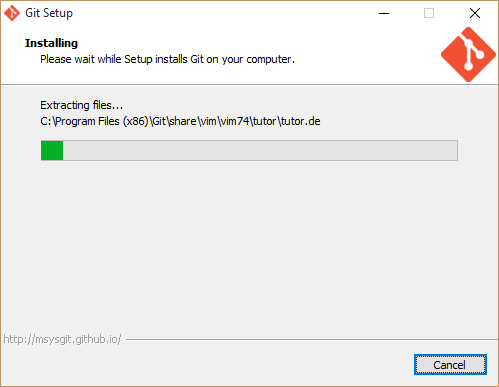 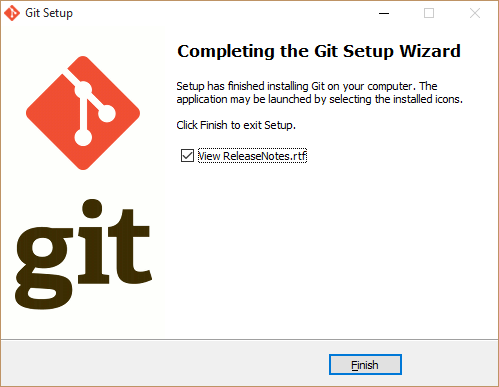 Setting up git on Ubuntu linux

The system takes care of the installation after successfull authentication.

To check git version on Ubuntu

So, now things are ready for some git-init